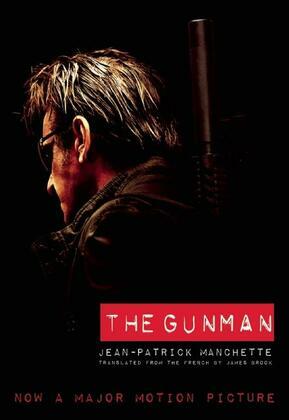 "His books are all action, unfolding with a laconic efficiency that would make his killers proud."—The Economist

"There's not a superfluous word or overdone effect . . . one of the last cool, compact and shockingly original crime novels Manchette left as his legacy to modern noir fiction."—New York Times
Movie-tie in publication. "The Gunman" stars Sean Penn, Javier Bardem, Idris Elba, and Ray Winstone, and is directed by Pierre Morel (Taken).

Terrier is a hired killer who wants out of the game, so he can settle down and marry his childhood sweetheart. But the Organization won't let him go: they have other plans for him. In a violent tale that shatters as many illusions as bodies, Jean-Patrick Manchette subjects his characters and the reader alike to a fierce exercise in style.
This tightly plotted, corrosive parody of "the success story" is widely considered to be Manchette's masterpiece, and was named a New York Times "Notable Book." The Gunman is a classic of modern noir.

Also available in its original edition titled The Prone Gunman, along with Manchette's Three to Kill, all published by City Lights.

"For Manchette and the generation of writers who followed him, the crime novel is no mere entertainment, but a means to strip bare the failures of society, ripping through veils of appearance, deceit, and manipulation to the greed and violence that are the society's true engines."—Boston Globe


Jean-Patrick Manchette was a French crime novelist credited with reinventing and reinvigorating the genre. He wrote ten short novels in the 1970s and early 80s, and is widely recognized as the foremost French crime fiction author of that time. His stories are violent, existentialist explorations of the human condition and French society. Jazz saxophonist and screenwriter, Manchette was also a left-wing activist influenced as much by the writings of the Situationist International as by Dashiell Hammett.
Publication date
February 16, 2015
Publisher
City Lights Publishers
Collection
City Lights Noir
Page count
180
ISBN
9780872866652
Paper ISBN
9780872866645