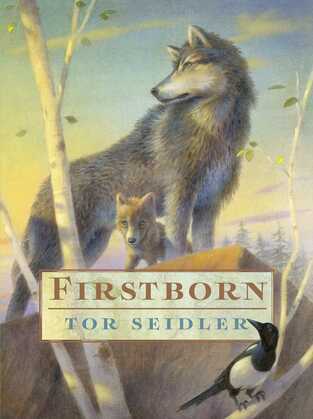 A young wolf seeks the bravery to be himself in this “rich take on the wild that quickens the pulse and fills the heart” (Kirkus Reviews), from the author of National Book Award Finalist Mean Margaret and The Wainscott Weasel.

Wolves. Predators of the wild. Stalkers of the forests. Born into rankings and expected to live up to their roles. Blue Boy, the alpha male of his pack, is the largest wolf many have ever seen, and his dream is to have a firstborn son who will take after him in every way. But Lamar is not turning out the way his father hoped. Lamar likes to watch butterflies. He worries if his younger siblings fall behind in the hunt. He has little interest in peacocking in front of other clans. Blue Boy grows increasingly dismayed at Lamar’s lack of wolf instincts, and then Lamar does the intolerable: he becomes attracted to a coyote. While the other infractions can be begrudgingly tolerated, this one cannot, and the unity of the pack is in jeopardy. Lamar wants to make his family happy, but is doing what is expected of him worth losing the only true friend he’s ever had?

Full of bite and beauty that will make you think of White Fang, then Ferdinand, this story cuts to the heart of what’s most important: being true to yourself, and being true to others.