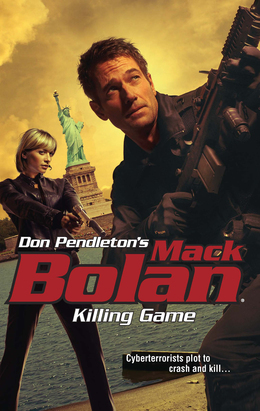 American and Russian intelligence agencies have picked up chatter on a French cyberterrorist group that first came to prominence as masters of small-scale carnage before being driven underground. Newly reorganized, they are better funded, possess more firepower and have set their sights on bigger targets.

Mack Bolan teams up with a beautiful Russian agent in a violent pursuit where every second counts. The trail leads from Paris to the U.S. in a breakneck race to stop a sophisticated cyberassault on Yankee Stadium. It is the strike that could ultimately wipe out the world's information systems. All that stands between global anarchy and chaos is a warrior driven by a relentless quest for justice.