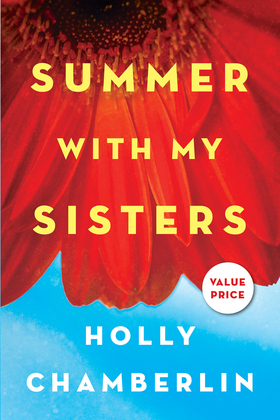 Summer with My Sisters

by Holly Chamberlin (Author)
Excerpt
Fiction Contemporary women
warning_amber
One or more licenses for this book have been acquired by your organisation details
EPUB
Unlimited loans, One at a time
Details
In a beautiful New England beach town, three sisters rediscover what it means to be a family in this heartfelt novel by the author of Seashell Season.

When Poppy Higgins left Yorktide, Maine, for Boston, she pictured future visits home as brief diversions from her real life in the big city. But fate had different ideas. At twenty-five, Poppy is back in Yorktide to care for her two teenage sisters following their father's death.

Sixteen-year-old Daisy resents Poppy's long absence and chafes under her fumbling efforts to be a parent. Violet, now thirteen, is a virtual stranger to her oldest sister. The once happy family now seem adrift, and Poppy longs to escape her responsibilities. But when the sisters meet Evie, an enigmatic newcomer to Yorktide, the young woman will be an unlikely catalyst in their journey back to each other. For as Poppy discovers the deep loss in Evie's life, she awakens to the truth about her own—and about the home she tried to leave behind.
Publication date
June 30, 2015
Publisher
Kensington Books
Page count
352
ISBN
9780758275394
Paper ISBN
9781496720672
File size
1 MB
1355788
item