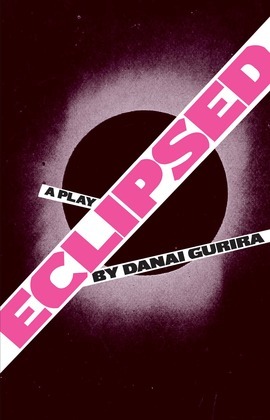 “[Eclipsed is] a surprisingly vivacious portrait of helplessness, of the entirely human impulse to adapt, to get by even when there's little hope life will get better.”—Washington Post

“Eclipsed depicts the harsh realities of women’s lives in a strife-torn African country with both a clear eye and a palpable empathy.”—New York Times

Four women in Liberia struggle to survive conditions on a rebel army base. Held as the concubines of a warlord, each “wife” must find her own means of coping amidst a situation that appears hopeless. With frail, fractured identities born from an ongoing, senseless civil war, the women build their own contained world to guard against the chaos outside. This enthralling work from award-winning playwright and actress Gurira demonstrates the human capacity to endure, even in the most desolate of circumstances.

Danai Gurira’s other plays include Familiar and In the Continuum, written for World AIDS Day in December 2011, which she co-wrote and co-starred in with Nikkole Salter. For In the Continuum, she was awarded an Obie Award, Outer Critics' Circle Award, and a Helen Hayes Award for her performance. She received a Whiting Writer’s Award in 2012. She is best known for her role as Michonne in the hit television series, The Walking Dead.