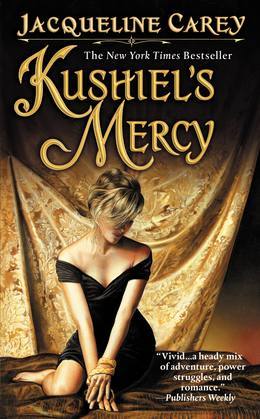 Having paid dearly for ignoring Elua's edict to love as thou wilt, Imriel and Sidonie have finally come forward to publicly confess their love for each other -- only to watch the news ignite turmoil throughout the land. Those who are old enough cannot forget the misdeeds of Imriel's mother, Melisande, whose self-serving lies plunged their country into war.

In order to quell the uprising, Queen Ysandre hands down a decree: she will not divide the lovers, but neither will she acknowledge them. And if they decide to marry, Sidonie will be disinherited.
That is, unless Imriel can find his mother and bring her back to Terre D'Ange to be executed for treason . . .
Publication date
June 11, 2008
Publisher
Grand Central Publishing
ISBN
9780446593595
Paper ISBN
9780446500043
File size
2 MB