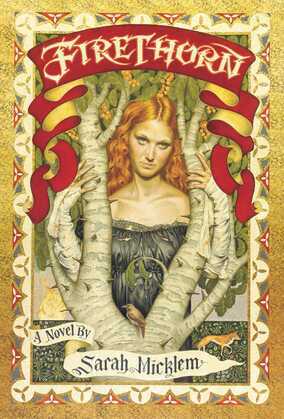 by Sarah Micklem (Author)
Excerpt
Fiction Fantasy Epic Historical
warning_amber
One or more licenses for this book have been acquired by your organisation details
EPUB
Unlimited loans, 2 years, One at a time
Details

Firethorn, the first volume in an epic trilogy, is a stunning debut. Sarah Micklem has introduced an unforgettable heroine into the fantasy pantheon. Loving, reckless, and indomitable, Firethorn travels through an imaginary world as real as history and as marvelous as legend.
Firethorn flees a life of drudgery to live alone in the forest, relying on her knowledge of herb lore to survive. She returns transformed, indebted to the god who saved her life, and blessed -- or cursed -- with uncanny abilities and a nagging sense of destiny. After a few nights of dalliance with Sire Galan, a high-caste warrior on his way to join the king's army, Firethorn seizes the chance to go with him, only to find she has exchanged one form of servitude for another.
The army readies for war in the vast encampment of the Marchfield, where men prey on each other and women dare go nowhere alone. Among the lowborn harlots and the highborn dames of the camp, Firethorn learns to use her gifts as a healer, venturing into realms of dream and shadow.
Desire drew Firethorn and Sire Galan together, but love binds them -- a love that has no place in the arrangement between a warrior and his sheath. When Galan makes a wager with disastrous consequences, Firethorn uses her gifts to intervene in his fate and learns just how hard it can be to tell honor from dishonor, justice from vengeance.
Sarah Micklem has written an extraordinary tale -- at once magical and earthbound, beautiful and violent. She immerses readers in a remarkably imagined world where gods are meddlesome, the highborn uphold their privileges with casual brutality, and a woman's only recourse may be the strength she finds within.