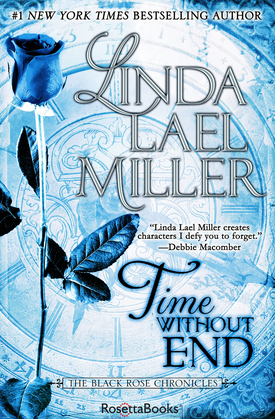 With “engrossing historical characters,” the #1 New York Times–bestselling author tells of a vampire who loses his beloved century after century (Publishers Weekly).

The beautiful, seductive, and irresistible vampire Valerian seems to have it all. Known as the master of illusion, he dazzles international audiences as a magician in modern-day Las Vegas. In spite of his fame and success, Valerian is at his core a tormented man. He surrendered his soul in the dark days of the fourteenth century after losing his true love, Brenna. But once every hundred years, his beloved regains her human form—whether that form be a lusty barmaid, a singer in seventeenth century London, a courageous pioneer in the Old West, or even Daisy, a tough Las Vegas cop. Each reunion is agonizingly temporary, as she is cruelly swept away each time by a creature that has hunted them through time.

But as a new century dawns, Valerian vows that the next time he sees Brenna, he will never lose her again. He will make her immortal at any cost.

Time Without End is part of the Black Rose Chronicles quartet, by #1 New York Times– and USA Today–bestselling Linda Lael Miller, author of over one hundred historical and contemporary romances.