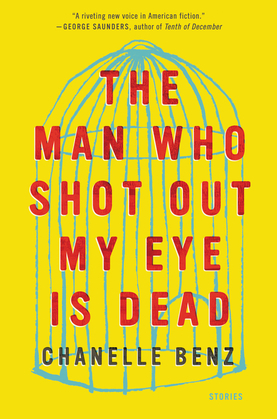 The Man Who Shot Out My Eye Is Dead

by Chanelle Benz (Author)
Excerpt
Fiction Short stories English literature American and Canadian literature
warning_amber
One or more licenses for this book have been acquired by your organisation details
EPUB
26 loans, One at a time
Details

*LONGLISTED FOR THE 2018 PEN/ROBERT W. BINGHAM PRIZE FOR DEBUT FICTION*

*SHORTLISTED FOR THE 2018 WILLIAM SAROYAN INTERNATIONAL PRIZE FOR WRITING*

Named a Best Book of 2017 by The San Francisco Chronicle

A stunningly original debut collection about lives across history marked by violence and longing.

A brother and sister turn outlaw in a wild and brutal landscape. The daughter of a diplomat disappears and resurfaces across the world as a deadly woman of many names. A young Philadelphia boy struggles with the contradictions of privilege, violence, and the sway of an incarcerated father. A monk in sixteenth century England suffers the dissolution of his monastery and the loss of all that he held sacred.

The characters in The Man Who Shot Out My Eye Is Dead, Benz's wildly imaginative debut, are as varied as any in recent literature, but they share a thirst for adventure which sends them rushing full-tilt toward the moral crossroads, becoming victims and perpetrators along the way. Riveting, visceral, and heartbreaking, Benz’s stories of identity, abandonment, and fierce love come together in a daring, arresting vision.