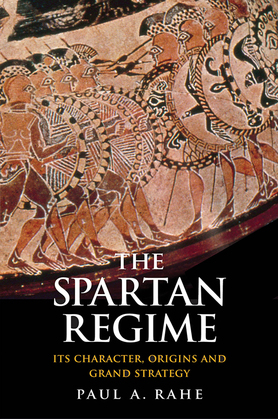 Its Character, Origins and Grand Strategy
by Paul Anthony Rahe (Author)
Excerpt
Nonfiction Social science Political science Political ideologies History Ancient Greece History by country United States Other Military
warning_amber
One or more licenses for this book have been acquired by your organisation details
EPUB
Unlimited loans, One at a time
Details

For centuries, ancient Sparta has been glorified in song, fiction, and popular art. Yet the true nature of a civilization described as a combination of democracy and oligarchy by Aristotle, considered an ideal of liberty in the ages of Machiavelli and Rousseau, and viewed as a forerunner of the modern totalitarian state by many twentieth-century scholars has long remained a mystery. In a bold new approach to historical study, noted historian Paul Rahe attempts to unravel the Spartan riddle by deploying the regime-oriented political science of the ancient Greeks, pioneered by Herodotus, Thucydides, Plato, Xenophon, and Polybius, in order to provide a more coherent picture of government, art, culture, and daily life in Lacedaemon than has previously appeared in print, and to explore the grand strategy the Spartans devised before the arrival of the Persians in the Aegean.