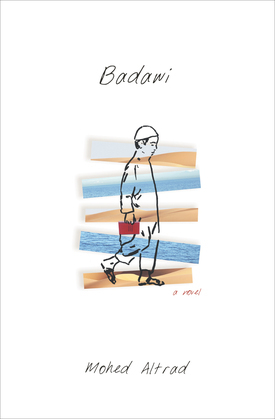 “Poetically depicts a Bedouin boy’s extended coming of age and the uneasy navigation of his transition from provincial Syria to the West.” —Publishers Weekly

Published to wide critical acclaim in France, Badawi is Mohed Altrad’s heartrending debut novel, inspired by the author’s own narrative arc from Bedouin orphan to engineer and finally billionaire businessman.

In the Syrian desert, a young boy watches as his mother dies. She was a repudiated woman, abandoned by the boy’s powerful father, leaving Maïouf to his scornful grandmother. She wants Maïouf to carry on Bedouin tradition as a shepherd. But from the first time he sneaks off to the white-walled schoolhouse to watch the other children learn, Maïouf envisions a different future for himself.

This is one extraordinary child’s story of fighting for an education—and a life—he was never supposed to have, from a tiny desert village to the city of Raqqa, from the university halls of Montpellier on to the oil fields of Abu Dhabi. With each step forward, Maïouf feels the love of his youth—a steadfast young Syrian woman named Fadia—and the shifting, haunted sands of his native village pulling him back toward the past he thought he had left behind.

“In this tale of a boy caught between worlds, Altrad brings a sparse, lyrical quality to his prose that at times verges on the poetic.” —Los Angeles Review of Books