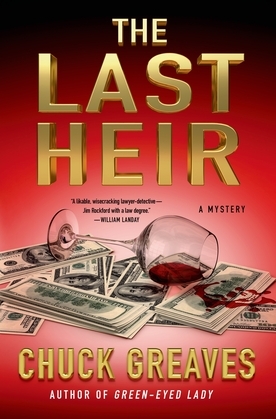 Philippe Giroux, estimable patriarch of the Château Giroux wine empire, has tragically lost a son. Or has he? Once confirmed by the court, Alain Giroux's death will pave the way for his brother Phil to inherit America's most storied winery. Or will it? Andy Clarkson, Alain's boyhood chum, covets the Château Giroux vineyard acreage for his neighboring golf resort. Or does he? Claudia Giroux, Philippe's hauntingly beautiful daughter, has proof that Alain's death may not have been all that it seems. Or does she?

As the scions of a privileged California wine dynasty grapple for control of their family's legacy, attorney Jack MacTaggart is caught in a cross fire of estrangement, betrayal, and murder. To complicate matters, Jack is being shadowed by film star Ethan Scott, who hopes to spin the dross of a family's private travails into box-office gold.

Amid the stately oaks and sylvan vineyards of California's fabled Napa Valley, Jack learns the hard way that while blood may be thicker than water, money is a powerful anticoagulant. As the long-buried secrets of a troubled family are finally revealed, only one question remains to be answered: Who will survive to become the Last Heir?