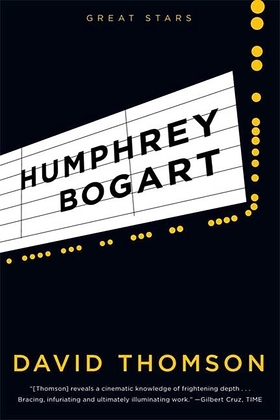 "Look, I'm hardly pretty, he seems to say. I sound like gravel; I look rough and tough; and, honest, I don't give you the soft, foolish answers the pretty boys will give you. You may not like what I say, but you better believe it."

He became a legend as "Bogie," the world-weary, wisecracking outsider, but in reality Humphrey Bogart was plagued by doubts and demons. He was born upper-class yet made his name playing mavericks, drank with the Rat Pack, and met four wives on set?including his great love, Lauren Bacall?yet always mistrusted stardom. Here David Thomson, one of film's most provocative writers, reveals the man behind cinema's greatest icon.