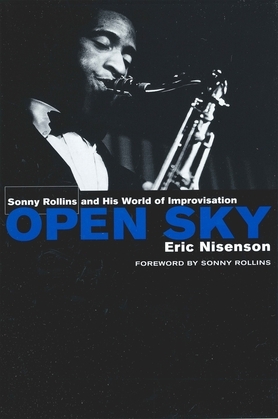 Sonny Rollins is arguably the most influential tenor saxophonist that jazz has produced. He began his musical career at the tender age of eleven, and within five short years he was playing with the legendary Thelonius Monk. In the late forties (before his twenty-first birthday), Rollins was in full swing, recording with jazz luminaries such as Charlie Parker, Bud Powell, Max Roach, Art Blakey, Miles Davis, and Fats Navarro. He was hailed as the best jazz tenor saxophonist alive during the years 1955 to 1959, when he was credited with pioneering the use of 3/4-time in bop music.Today, forty years later, Rollins's onstage appearances are eagerly anticipated events, where his compelling sound reaches a whole new generation of listeners. Renowned jazz writer Eric Nisenson has penned a long-overdue look at one of jazz music's brightest and most enduring stars.