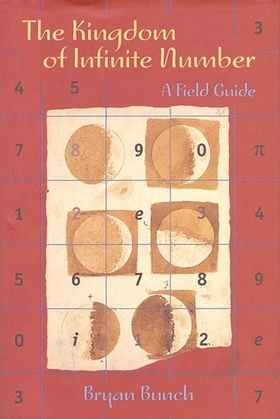 The Kingdom of Infinite Number

Just as bird guides help watchers tell birds apart by their color, songs, and behavior, The Kingdom of Infinite Number is the perfect handbook for identifying numbers in their native habitat. Taking a field guide-like approach, it offers a fresh way of looking at individual numbers and the properties that make them unique, which are also the properties essential for mental computation. The result provides new insights into mathematical patterns and relationships and an increased appreciation for the sheer wonder of numbers.

Every number in this book is identified by its "field marks," "similar species," "personality," and "associations." For example, one field mark of the number 6 is that it is the first perfect number-- the sum of its divisors (1, 2, and 3) is equal to the number itself. Thus 28, the next perfect number, is a similar species. And the fact that 6 can easily be broken into 2 and 3 is part of its personality, a trait that is helpful when large numbers are being either multiplied or divided by 6. Associations with 6 include its relationship to the radius of a circle. In addition to such classifications, special attention is paid to dozens of other fascinating numbers, including zero, pi, 10 to the 76th power (the number of particles in the universe), transfinite and other exceptionally larger numbers, and the concept of infinity.

Ideal for beginners but organized to appeal to the mathematically literate, The Kingdom of Infinite Number will not only add to readers' enjoyment of mathematics, but to their problem-solving abilities as well.