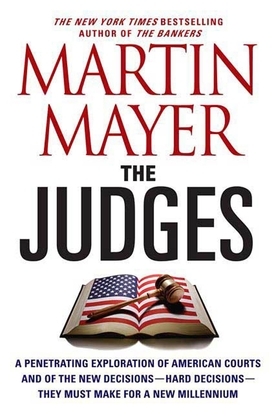 Our courts, the third branch of the government, are central in the administration of our democracy. But their operations are shrouded in a mythology with its ritual incantations of "rule of law," "equal justice" and "presumption of innocence"--one that this book pierces.
We have 30,000 judges. Many are hard-working and distinguished jurists; most are simply lawyers who knew a politician. It does not help that the job pays poorly. We have no judicial profession: we do not train judges before or after they mount the bench.
There is no national court system. Fifty sovereign states, a federal government, counties and municipalities and state and federal agencies all have their own courts, their own rules and not infrequently their own laws and are deluged with cases filed by a million lawyers. Today, less than 3% of criminal charges and 4% of civil disputes are resolved by court trials.
The noted author argues that a specialized world demands specialized courts and judges expert in the subjects they must consider. Following the leadership of Chief Judge Judith Kaye of New York's highest court, the Conference of Chief Justices from all fifty states has endorsed her use of "problem-solving courts" to take the judiciary into the twenty-first century.
The Judges is Martin Mayer's most important book from many successful titles dating from the 1950s. It opens up a debate that will occupy scholars, justices, many of the one million lawyers in our country, and law school professors and students for years to come.