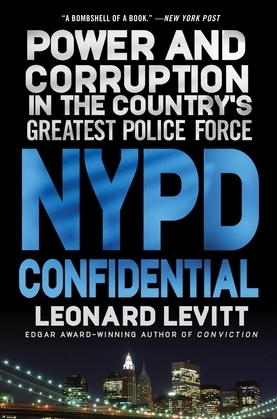 For years, the police commissioner and the mayor of New York City have duked it out for publicity, credit, and power. Some have translated their stardom into success after leaving office, while others have been hung out to dry. In the battle for control of the country's most powerful police force, these high-status government officials have often chosen political expediency over public honesty. The result is a legacy of systemic corruption and cover-ups that is nothing less than shocking.

Respected journalist Leonard Levitt has covered the NYPD for New York Newsday, and the New York Post among other papers. His columns have made him persona non grata in police headquarters. In NYPD Confidential, he reveals everything he's discovered throughout his decades-long career. With amazing details of backroom deals and larger-than-life powerbrokers, Levitt lays bare the backstabbing, power-grabs, and chaotic internal investigations that have run the NYPD's reputation into the ground in the past?and the forces conspiring to do so once again.