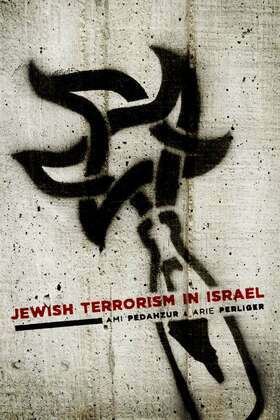 by Ami Pedahzur (Author), Arie Perliger (Author)
Excerpt
Nonfiction Social science Political science Political freedom & security
warning_amber
One or more licenses for this book have been acquired by your organisation details
EPUB
Unlimited loans, One at a time
Details

Ami Pedahzur and Arie Perliger, world experts on the study of terror and security, propose a theory of violence that contextualizes not only recent acts of terror but also instances of terrorism that stretch back centuries. Beginning with ancient Palestine and its encounters with Jewish terrorism, the authors analyze the social, political, and cultural factors that sponsor extreme violence, proving religious terrorism is not the fault of one faith, but flourishes within any counterculture that adheres to a totalistic ideology.

When a totalistic community perceives an external threat, the connectivity of the group and the rhetoric of its leaders bolster the collective mindset of members, who respond with violence. In ancient times, the Jewish sicarii of Judea carried out stealth assassinations against their Roman occupiers. In the mid-twentieth century, to facilitate their independence, Jewish groups committed acts of terror against British soldiers and the Arab population in Palestine. More recently, Yigal Amir, a member of a Jewish terrorist cell, assassinated Yitzhak Rabin to express his opposition to the Oslo Peace Accords.

Conducting interviews with former Jewish terrorists, political and spiritual leaders, and law-enforcement officials, and culling information from rare documents and surveys of terrorist networks, Pedahzur and Perliger construct an extensive portrait of terrorist aggression, while also describing the conditions behind the modern rise of zealotry.