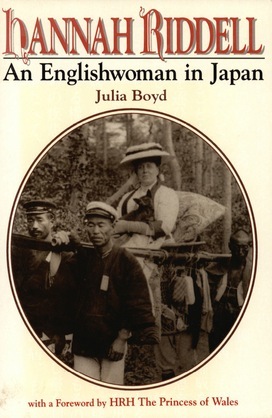 by Boyd,Julia (Author)
Excerpt
Nonfiction Biography & autobiography Medical History History by country Asia Japan Religious
EPUB
Unlimited loans, One at a time
Details
Hannah Riddel is a fascinating biography of the British woman who pioneered the treatment of leprosy in Meiji-era Japan.

In the late nineteenth century hundreds of Christian missionaries were dispatched to Japan to convert the "heathen," a task that many felt could be accomplished within a few decades. That expectation proved to be wildly optimistic, since today fewer than one percent of Japanese are Christian.

The efforts and even the names of those early missionaries are now largely forgotten, but the work of one woman, Hannah Riddell, proved to be vital and lasting. While visiting the Honmyoji temple in Kumamoto, Hannah encountered a group of lepers—"in every degree of loathsomeness"—and her life suddenly changed. Though she continued her efforts to save the souls of ordinary Japanese, Hannah became determined to improve the wretched lives of lepers.

Against great odds, she founded one of the first modern leprosariums in Japan, but Hannah's iron will and splendid lifestyle soon put her at odds with her English colleagues and their small missionary community was torn apart. Undaunted, Hannah continued her work independently and came to know many of the great figures of Meiji Japan.
Publication date
January 17, 2012
Publisher
Tuttle Publishing
Page count
216
ISBN
9781462903818
Paper ISBN
9780804820509
File size
5 MB