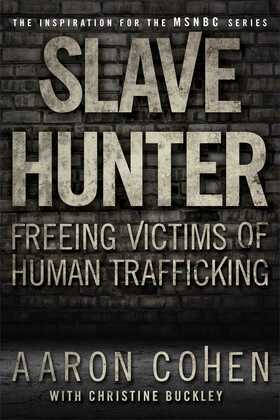 Aaron Cohen left behind his closest friends, his dying father, and the rock-star life for an unyielding one-man global pursuit.

Aaron Cohen left behind his closest friends, his dying father, and the rock-star life for an unyielding one-man global pursuit.

At a time when more people than ever before are enslaved on this planet, Aaron Cohen found himself on a path of spiritual discovery that both transformed and endangered his life. Once the best friend and business partner to Jane?s Addiction frontman Perry Farrell, Cohen now works alone, navigating the oppressive territory of pimps and drug lords from the shantytowns of Cambodia to the sweltering savannahs of Sudan. The flesh trade is the world?s fastest growing and most deadly illegal enterprise? even more profitable and easier to hide than guns, drugs, and precious gems. Cohen, posing as a sex tourist, slips into brothels, urged by madams to select from a lineup of girls as young as six. Sometimes he can save them from their captors, but more often than not, he must leave them behind, taking only the evidence he hopes will eventually lead to their rescue.

In a remarkable, unprecedented exposé of the sinister trade, the rocker-turned-activist reveals the fast-paced, inspiring, and unforgettable story of a real-life slave hunter.