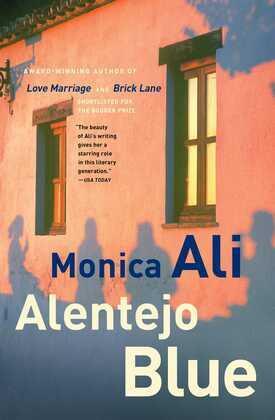 Fiction
by Monica Ali (Author)
Excerpt
Fiction Literary
warning_amber
One or more licenses for this book have been acquired by your organisation details
EPUB
Unlimited loans, 2 years, One at a time
Details

Alentejo Blue is the story of a village community in Portugal, told through the lives of men and women whose families have lived there for generations and some who are passing through. For Teresa, a beautiful girl not yet twenty, Mamarrosa is a place from which to escape. For the dysfunctional Potts family, it is a way of running from trouble (though not eluding it). Vasco, a café owner who has never recovered from the death of his American wife, clings to a notion that his years away from the village, in the States, make him superior. One English tourist fantasizes about making a new life in Mamarrosa; for her compatriots, a young engaged couple, Mamarrosa is where their dreams fall apart.

At the opening of Alentejo Blue, an old man reflects on his long and troubled life in this seemingly tranquil place, and anticipates the homecoming of Marco Afonso Rodrigues, the prodigal son of the village and a symbol of the now fast-changing world. When Marco does finally return, villagers, tourists, and expatriates are brought together, and their jealousies and disappointments inevitably collide.