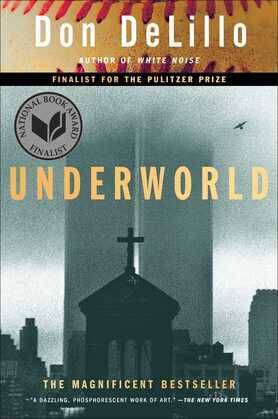 Underworld is a story of men and women together and apart, seen in deep, clear detail and in stadium-sized panoramas, shadowed throughout by the overarching conflict of the Cold War. It is a novel that accepts every challenge of these extraordinary times -- Don DeLillo's greatest and most powerful work of fiction.

Don DeLillo's mesmerizing novel opens with a legendary baseball game played in New York in 1951. The glorious outcome -- the home run that wins the game is called the Shot Heard Round the World -- shades into the grim news that the Soviet Union has just tested an atomic bomb.