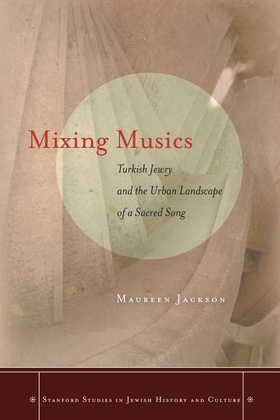 This book traces the mixing of musical forms and practices in Istanbul to illuminate multiethnic music-making and its transformations across the twentieth and twenty-first centuries. It focuses on the Jewish religious repertoire known as the Maftirim, which developed in parallel with "secular" Ottoman court music. Through memoirs, personal interviews, and new archival sources, the book explores areas often left out of those histories of the region that focus primarily on Jewish communities in isolation, political events and actors, or nationalizing narratives. Maureen Jackson foregrounds artistic interactivity, detailing the life-stories of musicians and their musical activities. Her book amply demonstrates the integration of Jewish musicians into a larger art world and traces continuities and ruptures in a nation-building era. Among its richly researched themes, the book explores the synagogue as a multifunctional venue within broader urban space; girls, women, and gender issues in an all-male performance practice; new technologies and oral transmission; and Ottoman musical reconstructions within Jewish life and cultural politics in Turkey today.