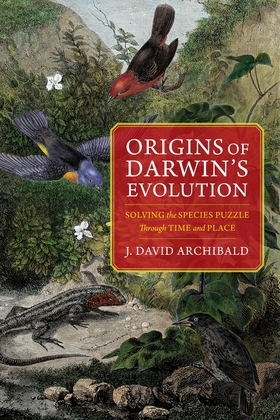 Historical biogeography—the study of the history of species through both time and place—first convinced Charles Darwin of evolution. This field was so important to Darwin’s initial theories and line of thinking that he said as much in the very first paragraph of On the Origin of Species (1859) and later in his autobiography. His methods included collecting mammalian fossils in South America clearly related to living forms, tracing the geographical distributions of living species across South America, and sampling peculiar fauna of the geologically young Galápagos Archipelago that showed evident affinities to South American forms. Over the years, Darwin collected other evidence in support of evolution, but his historical biogeographical arguments remained paramount, so much so that he devotes three full chapters to this topic in On the Origin of Species.

Discussions of Darwin’s landmark book too often give scant attention to this wealth of evidence, and we still do not fully appreciate its significance in Darwin’s thinking. In Origins of Darwin’s Evolution, J. David Archibald explores this lapse, showing how Darwin first came to the conclusion that, instead of various centers of creation, species had evolved in different regions throughout the world. He also shows that Darwin’s other early passion—geology—proved a more elusive corroboration of evolution. On the Origin of Species has only one chapter dedicated to the rock and fossil record, as it then appeared too incomplete for Darwin’s evidentiary standards. Carefully retracing Darwin’s gathering of evidence and the evolution of his thinking, Origins of Darwin’s Evolution achieves a new understanding of how Darwin crafted his transformative theory.