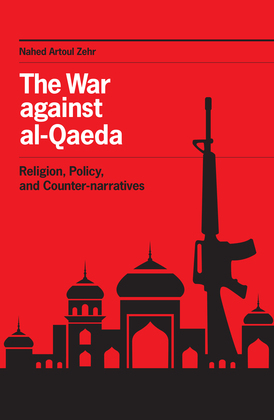 The War against al-Qaeda

In this original and provocative book, Nahed Artoul Zehr explores the theological underpinnings of al-Qaeda and related Islamic movements such as ISIS. She demonstrates how this marginal narrative transformed al-Qaeda from a relatively hierarchical and regional organization to a globalized, decentralized, and diffuse system of networks. She draws connections between religious ideas and strategy in her translation and analysis of leading theoretical and tactical jihad text, The Global Islamic Resistance Call, by Mustafa abu Mus? ab al-Suri.

Simultaneously, Zehr critiques the US military and policy establishment as it attempts to offer counter-narratives to the al-Qaeda phenomenon that emphasizes ?good Muslims? versus ?bad Muslims? in order to embrace a ?moderate? form of Islam. According to Zehr, this approach is misguided: it is beyond the US government?s purview and expertise to make such theological claims about Islam. Better, she argues, to note the counter-narratives that are coming from within the Muslim community and other nongovernment institutions interested in moving this work forward.

By refocusing our attention on al-Qaeda?s narrative and the various ways thatit is being contested, the book provides an alternate lens from which to viewal-Qaeda and the al-Qaeda phenomenon for Islamic and US foreign policy scholars and students.