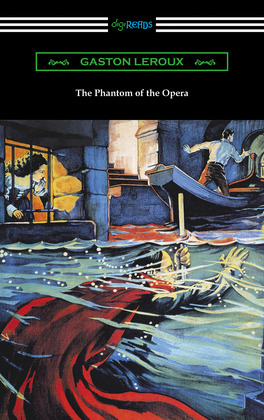 First published in French as a serial between September 1909 and January 1910, ?The Phantom of the Opera? is a riveting story that revolves around its young Swedish protagonist, Christine Daaé, a chorus girl at the Paris Opera House. After a time at the opera house, Christine begins hearing the voice of the phantom, who teaches her how to sing beautifully, bringing her great acclaim. The voice is in actuality a man named Erik, though not his real name, who lives in its cellars and has fallen in love with the beautiful young woman. When Christine is reunited with her childhood friend Raoul, the Vicomte de Chagny, the two begin to fall in love which enrages a violent jealousy in Erik. What follows is a classically tragic tale of an impossible love. A remarkable piece of gothic horror ?The Phantom of the Opera? has been forever immortalized in the adaptations of both stage and screen which it has inspired.