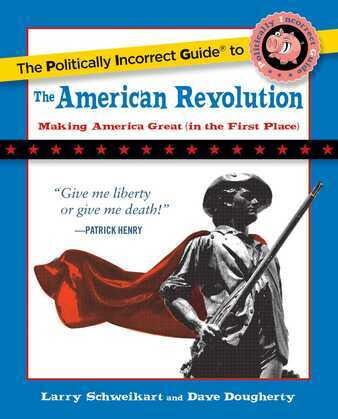 The Politically Incorrect Guide to the American Revolution

The truth about the American Revolution is under attack. Despite what you may have learned in school, it wasn't a rich slaveholder's war fought to "maintain white privilege." In fact, the War of Independence wasn't about maintaining any status quo—it was the world's first successful bottom-up revolution by the people, ushering in a new dawn of liberty that history had never seen before. But with left-wingers dominating the teaching of history, where can you go for the true story of the unprecedented events that made the United States the worlds greatest nation?

Now bestselling historian Larry Schweikart has teamed up with author Dave Dougherty to write the ground-breaking patriotic history you've always wanted to read about the foundation of our unique nation. The Politically Incorrect Guide to the American Revolution reveals: