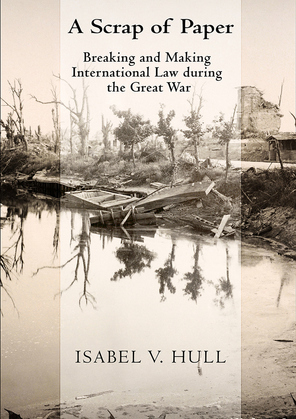 A Scrap of Paper

In A Scrap of Paper, Isabel V. Hull compares wartime decision making in Germany, Great Britain, and France, weighing the impact of legal considerations in each. She demonstrates how differences in state structures and legal traditions shaped the way the three belligerents fought the war.

Hull focuses on seven cases: Belgian neutrality, the land war in the west, the occupation of enemy territory, the blockade, unrestricted submarine warfare, the introduction of new weaponry, and reprisals. A Scrap of Paper reconstructs the debates over military decision-making and clarifies the role law played—where it constrained action, where it was manipulated, where it was ignored, and how it developed in combat—in each case. A Scrap of Paper is a passionate defense of the role that the law must play to govern interstate relations in both peace and war.