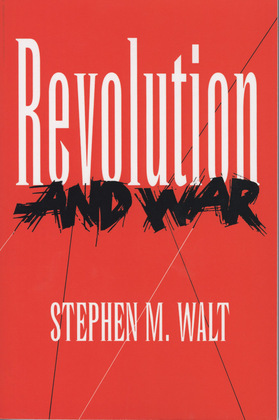 Revolution within a state almost invariably leads to intense security competition between states, and often to war. In Revolution and War, Stephen M. Walt explains why this is so, and suggests how the risk of conflicts brought on by domestic upheaval might be reduced in the future. In doing so, he explores one of the basic questions of international relations: What are the connections between domestic politics and foreign policy?Walt begins by exposing the flaws in existing theories about the relationship between revolution and war. Drawing on the theoretical literature about revolution and the realist perspective on international politics, he argues that revolutions cause wars by altering the balance of threats between a revolutionary state and its rivals. Each state sees the other as both a looming danger and a vulnerable adversary, making war seem both necessary and attractive.Walt traces the dynamics of this argument through detailed studies of the French, Russian, and Iranian revolutions, and through briefer treatment of the American, Mexican, Turkish, and Chinese cases. He also considers the experience of the Soviet Union, whose revolutionary transformation led to conflict within the former Soviet empire but not with the outside world. An important refinement of realist approaches to international politics, this book unites the study of revolution with scholarship on the causes of war.