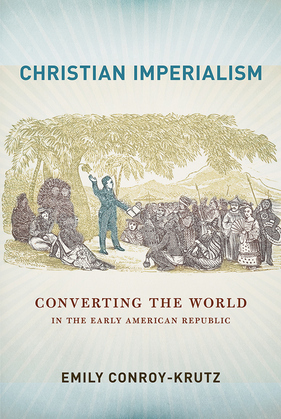 In 1812, eight American missionaries, under the direction of the recently formed American Board of Commissioners for Foreign Missions, sailed from the United States to South Asia. The plans that motivated their voyage were ano less grand than taking part in the Protestant conversion of the entire world. Over the next several decades, these men and women were joined by hundreds more American missionaries at stations all over the globe. Emily Conroy-Krutz shows the surprising extent of the early missionary impulse and demonstrates that American evangelical Protestants of the early nineteenth century were motivated by Christian imperialism—an understanding of international relations that asserted the duty of supposedly Christian nations, such as the United States and Britain, to use their colonial and commercial power to spread Christianity.

In describing how American missionaries interacted with a range of foreign locations (including India, Liberia, the Middle East, the Pacific Islands, North America, and Singapore) and imperial contexts, Christian Imperialism provides a new perspective on how Americans thought of their country’s role in the world. While in the early republican period many were engaged in territorial expansion in the west, missionary supporters looked east and across the seas toward Africa, Asia, and the Pacific. Conroy-Krutz’s history of the mission movement reveals that strong Anglo-American and global connections persisted through the early republic. Considering Britain and its empire to be models for their work, the missionaries of the American Board attempted to convert the globe into the image of Anglo-American civilization.