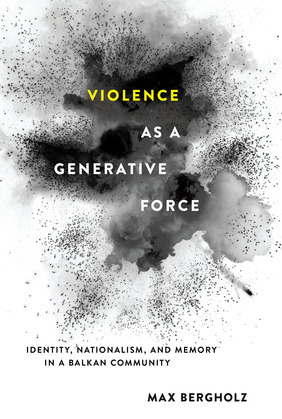 Violence as a Generative Force

During two terrifying days and nights in early September 1941, the lives of nearly two thousand men, women, and children were taken savagely by their neighbors in Kulen Vakuf, a small rural community straddling today’s border between northwest Bosnia and Croatia. This frenzy—in which victims were butchered with farm tools, drowned in rivers, and thrown into deep vertical caves—was the culmination of a chain of local massacres that began earlier in the summer. In Violence as a Generative Force, Max Bergholz tells the story of the sudden and perplexing descent of this once peaceful multiethnic community into extreme violence. This deeply researched microhistory provides provocative insights to questions of global significance: What causes intercommunal violence? How does such violence between neighbors affect their identities and relations?

Contrary to a widely held view that sees nationalism leading to violence, Bergholz reveals how the upheavals wrought by local killing actually created dramatically new perceptions of ethnicity—of oneself, supposed "brothers," and those perceived as "others." As a consequence, the violence forged new communities, new forms and configurations of power, and new practices of nationalism. The history of this community was marked by an unexpected explosion of locally executed violence by the few, which functioned as a generative force in transforming the identities, relations, and lives of the many. The story of this largely unknown Balkan community in 1941 provides a powerful means through which to rethink fundamental assumptions about the interrelationships among ethnicity, nationalism, and violence, both during World War II and more broadly throughout the world.