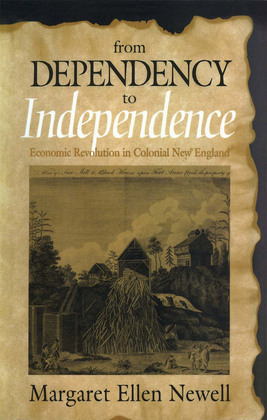 From Dependency to Independence

In a sweeping synthesis of a crucial period of American history, From Dependency to Independence starts with the'problem'of New England's economic development. As a struggling outpost of a powerful commercial empire, colonial New England grappled with problems familiar to modern developing societies: a lack of capital and managerial skills, a nonexistent infrastructure, and a domestic economy that failed to meet the inhabitants'needs or to generate exports. Yet, less than a century and a half later, New England staged the war for political independence and the industrial revolution. How and why did this transformation occur? Marshaling an enormous array of research data, Margaret Ellen Newell demonstrates that colonial New England's economic development and its leadership role in these two American revolutions were interrelated.