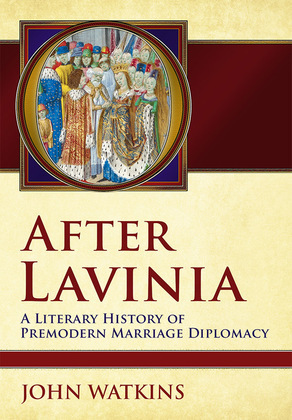 The Renaissance jurist Alberico Gentili once quipped that, just like comedies, all wars end in a marriage. In medieval and early modern Europe, marriage treaties were a perennial feature of the diplomatic landscape. When one ruler decided to make peace with his enemy, the two parties often sealed their settlement with marriages between their respective families. In After Lavinia, John Watkins traces the history of the practice, focusing on the unusually close relationship between diplomacy and literary production in Western Europe from antiquity through the seventeenth century, when marriage began to lose its effectiveness and prestige as a tool of diplomacy.Watkins begins with Virgil's foundational myth of the marriage between the Trojan hero Aeneas and the Latin princess, an account that formed the basis for numerous medieval and Renaissance celebrations of dynastic marriages by courtly poets and propagandists. In the book's second half, he follows the slow decline of diplomatic marriage as both a tool of statecraft and a literary subject, exploring the skepticism and suspicion with which it was viewed in the works of Spenser and Shakespeare. Watkins argues that the plays of Corneille and Racine signal the passing of an international order that had once accorded women a place of unique dignity and respect.