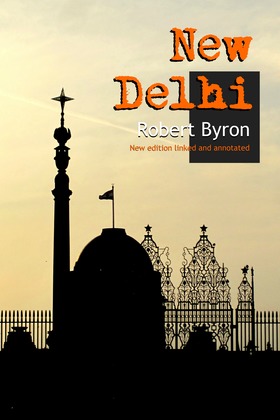 "THAT New Delhi exists, and that, twenty years ago, it did not exist, are facts known to anyone who is at all aware of the British connection with India. It is expected, and assumed, that the representatives of British sovereignty beyond the seas shall move in a setting of proper magnificence; and that in India, particularly, the temporal power shall be hedged with the divinity of earthly splendour. To satisfy this expectation; New Delhi was designed and created. But that the city’s existence marks, besides an advance in the political unification of India, a notable artistic event, has scarcely been realized. Nor is this surprising in a generation which has been taught by painful experience to believe architectural splendour and gaiety inseparable from vulgarity. Of the city’s permanent value as an aesthetic monument, posterity must be the final judge. But to contemporaries, and in the darkness of contemporary standards, the event shines with a Periclean importance." - New Delhi, Robert Byron

Just before New Delhi was inaugurated as capital of colonial India in February 13, 1931, the magazine "The Architectural Review" published an issue devoted to a study of the new capital of India, with texts, criticisms, and photographs by Robert Byron. In this edition, the texts and photographs of the author are complemented by annotations and links to modern photos of the buildings and places.