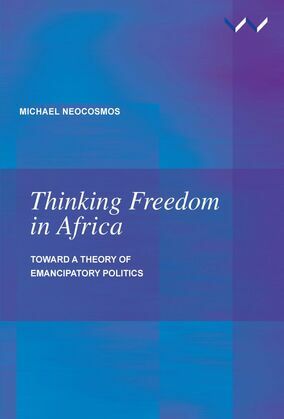 Previous ways of conceiving the universal emancipation of humanity have in practice ended in failure. Marxism, anti-colonial nationalism and neo-liberalism all understand the achievement of universal emancipation through a form of state politics. Marxism, which had encapsulated the idea of freedom for most of the twentieth century, was found wanting when it came to thinking emancipation because social interests and identities were understood as simply reflected in political subjectivity which could only lead to statist authoritarianism. Neo-liberalism and anti-colonial nationalism have also both assumed that freedom is realisable through the state, and have been equally authoritarian in their relations to those they have excluded on the African continent and elsewhere. Thinking Freedom in Africa then conceives emancipatory politics beginning from the axiom that people think?. In other words, the idea that anyone is capable of engaging in a collective thought-practice which exceeds social place, interests and identities and which thus begins to think a politics of universal humanity. Using the work of thinkers such as Alain Badiou, Jacques Rancière, Sylvain Lazarus, Frantz Fanon and many others, along with the inventive thought of people themselves in their experiences of struggle, the author proceeds to analyse how Africans themselves ? with agency of their own ? have thought emancipation during various historical political sequences and to show how emancipation may be thought today in a manner appropriate to twenty-first century conditions and concerns.