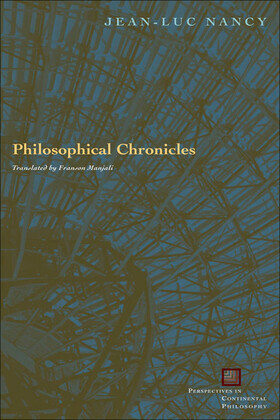 In eleven brief, engaging talks originally broadcast on French public radio, Jean-Luc Nancy offers a philosopher’s rough and ready account of some of the pressing questions of our day and addresses chronic issues within philosophical inquiry. The fundamental question, which recurs again and again, is whether philosophy is conditioned by the world the philosopher inhabits, or whether it must remain unconditioned by that world.

Nancy discusses: terror in relation to religion and capitalism; the relevance of philosophy to life (whether philosophy can be a form of life); the status of god in monotheism; the relevance of “politics” as it is defined today; the “Heidegger affair” and its consequences for philosophy; war, especially in the context of the invasion of Iraq; the role of negativity in philosophical and cultural discourses; “art” and the variability of its meanings; the predominance of the metaphor of the sun. The essays can be read separately, but together they amount to the striking vision of a philosopher sensitive to the world of his times and attempting to open his own path within it.