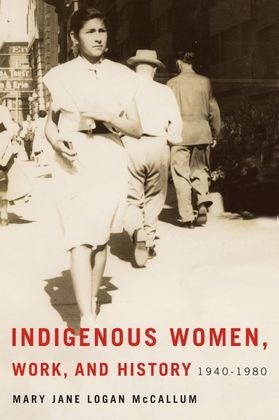 When dealing with Indigenous women?s history we are conditioned to think about women as private-sphere figures, circumscribed by the home, the reserve, and the community. Moreover, in many ways Indigenous men and women have been cast in static, pre-modern, and one-dimensional identities, and their twentieth century experiences reduced to a singular story of decline and loss. In Indigenous Women, Work, and History, historian Mary Jane Logan McCallum rejects both of these long-standing conventions by presenting case studies of Indigenous domestic servants, hairdressers, community health representatives, and nurses working in ?modern Native ways? between 1940 and 1980. Based on a range of sources, including the records of the Departments of Indian Affairs and National Health and Welfare, interviews, and print and audio-visual media, McCallum shows how state-run education and placement programs were part of Canada?s larger vision of assimilation and extinguishment of treaty obligations. Conversely, she also shows how Indigenous women link these same programs to their social and cultural responsibilities of community building and state resistance. By placing the history of these modern workers within a broader historical context of Aboriginal education and health, federal labour programs, post-war Aboriginal economic and political developments, and Aboriginal professional organizations, McCallum challenges us to think about Indigenous women?s history in entirely new ways.