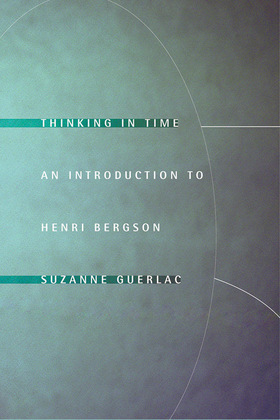 "In recent years, we have grown accustomed to philosophical language that is intensely self-conscious and rhetorically thick, often tragic in tone. It is enlivening to read Bergson, who exerts so little rhetorical pressure while exacting such a substantial effort of thought.... Bergson's texts teach the reader to let go of entrenched intellectual habits and to begin to think differently—to think in time.... Too much and too little have been said about Bergson. Too much, because of the various appropriations of his thought. Too little, because the work itself has not been carefully studied in recent decades."—from Thinking in Time

Henri Bergson (1859–1941), whose philosophical works emphasized motion, time, and change, won the Nobel Prize for Literature in 1927. His work remains influential, particularly in the realms of philosophy, cultural studies, and new media studies. In Thinking in Time, Suzanne Guerlac provides readers with the conceptual and contextual tools necessary for informed appreciation of Bergson's work.

Guerlac's straightforward philosophical expositions of two Bergson texts, Time and Free Will (1888) and Matter and Memory (1896), focus on the notions of duration and memory—concepts that are central to the philosopher's work. Thinking in Time makes plain that it is well worth learning how to read Bergson effectively: his era and our own share important concerns. Bergson's insistence on the opposition between the automatic and the voluntary and his engagement with the notions of "the living," affect, and embodiment are especially germane to discussions of electronic culture.