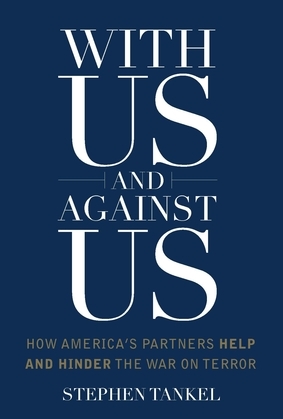 With Us and Against Us

How America's Partners Help and Hinder the War on Terror
by Stephen Tankel (Author)
Excerpt
Nonfiction Social science Political science International relations Political freedom & security International security
warning_amber
One or more licenses for this book have been acquired by your organisation details
EPUB
Unlimited loans, One at a time
Details

In the wake of the September 11 attacks, President George W. Bush drew a line in the sand, saying, “Either you are with us or you are with the terrorists.” Since 9/11, many counterterrorism partners have been both “with” and “against” the United States, helping it in some areas and hindering it in others. This has been especially true in the Middle East, Africa, and South Asia, where the terrorist groups that threaten America are most concentrated. Because so many aspects of U.S. counterterrorism strategy are dependent on international cooperation, the United States has little choice but to work with other countries. Making the most of these partnerships is fundamental to the success of the War on Terror. Yet what the United States can reasonably expect from its counterterrorism partners—and how to get more out of them—remain too little understood.

In With Us and Against Us, Stephen Tankel analyzes the factors that shape counterterrorism cooperation, examining the ways partner nations aid international efforts, as well as the ways they encumber and impede effective action. He considers the changing nature of counterterrorism, exploring how counterterrorism efforts after 9/11 critically differ both from those that existed beforehand and from traditional alliances. Focusing on U.S. partnerships with Algeria, Egypt, Mali, Pakistan, Saudi Arabia and Yemen against al-Qaeda, ISIS, and other terrorist organizations, Tankel offers nuanced propositions about what the U.S. can expect from its counterterrorism partners depending on their political and security interests, threat perceptions, and their relationships with the United States and with the terrorists in question. With Us and Against Us offers a theoretically rich and policy-relevant toolkit for assessing and improving counterterrorism cooperation, devising strategies for mitigating risks, and getting the most out of difficult partnerships.