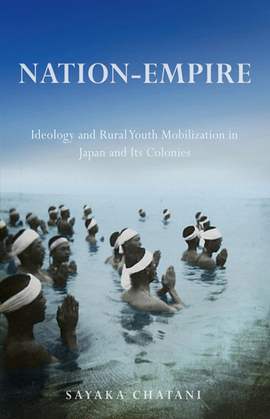 By the end of World War II, hundreds of thousands of young men in the Japanese colonies, in particular Taiwan and Korea, had expressed their loyalty to the empire by volunteering to join the army. Why and how did so many colonial youth become passionate supporters of Japanese imperial nationalism? And what happened to these youth after the war? Nation-Empire investigates these questions by examining the long-term mobilization of youth in the rural peripheries of Japan, Taiwan, and Korea. Personal stories and village histories vividly show youth’s ambitions, emotions, and identities generated in the shifting conditions in each locality. At the same time, Sayaka Chatani unveils an intense ideological mobilization built from diverse contexts—the global rise of youth and agrarian ideals, Japan’s strong drive for assimilation and nationalization, and the complex emotions of younger generations in various remote villages.

Nation-Empire engages with multiple historical debates. Chatani considers metropole-colony linkages, revealing the core characteristics of the Japanese Empire; discusses youth mobilization, analyzing the Japanese seinendan (village youth associations) as equivalent to the Boy Scouts or the Hitler Youth; and examines society and individual subjectivities under totalitarian rule. Her book highlights the shifting state-society transactions of the twentieth-century world through the lens of the Japanese Empire, inviting readers to contend with a new approach to, and a bold vision of, empire study.