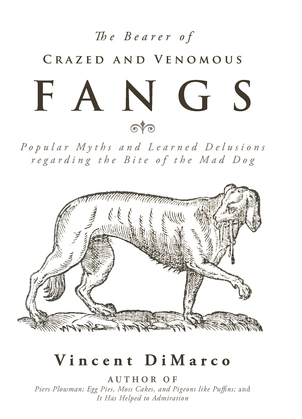 The Bearer of Crazed and Venomous Fangs

For centuries prior to the development of an effective vaccination against rabies, the bite of a mad dog was linked to a horrific ailment marked by convulsions, an utter dread of swallowing liquids, uncontrollable thrashing, and even the tendency to bark and attempt to bite othersa horrid prelude to an agonizing death.

Drawing on learned theories of medical practitioners and beliefs of the common people, The Bearer of Crazed and Venomous Fangs investigates the cultural mythology of the ailment known today as rabies. By exploring the cultural history of science, traditional belief, and folk medicine, it reveals the popular myths and learned delusions that came to define the disease. Among the arresting topics explored are the attribution of rabies to a worm beneath the tongue, the notion that the disease could arise spontaneously, the idea that it could be cured by the application to the wound of special stones or animal parts, and, if all else failed, the treatment of it by the suffocation of the human victim.

Rich in detail and brimming with historical intrigue, The Bearer of Crazed and Venomous Fangs engages students of medicine and the history of science, veterinary studies, folklore, psychology, and anyone interested in how mankinds best friend could be thought of as its cruelest, fiercest enemy.