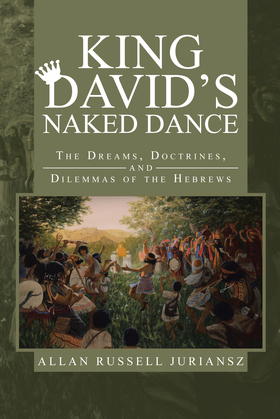 Primitive Judaism is the earliest system of thought that sought to explain the concepts of divinity, humanity, and life on the planet. Whats more, it is Moses who deserves the credit for the systematization of basic, primitive Tanakian Judaism. In King Davids Naked Dance, author Allan Russell Juriansz defines the primitive theology of Tanakian Judaism that obeys the Tanak as the sole canon of the Hebrew people.

A sequel to Juriansz first bookThe Fair Dinkum Jew, which calls for a reformation in Israel and worldwide JewryKing Davids Naked Dance sends a message to the Hebrew people to relearn Tanakian Judaism and live by it. Using the writing of several Talmudic rabbis and Jewish reformers, Juriansz presents a discussion of the Tanak as the only sacred canon and shows its messages of the work of God to create, redeem, and glorify His world and His people.

King Davids Naked Dance calls for the worlds Jewry and Israel to unite in the primitive Judaism, a splendid redemptive religion that needs to be embraced, defended, and propagated.