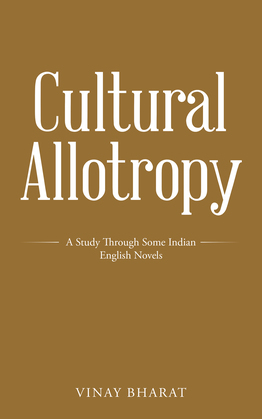 This research work spins around the issue of cultural allotropy, which we all have experienced at different levels; however, a conscious realization regarding it might be missing to some extent. Centuries of political intervention and subjugation by foreign countries results in the presence of a mixed culture and this side-by-side flourishing of two cultures seems now an accepted fact, a part of mans consciousness. But the presence of two contradictory sets of valuesone not fully accepted and the other not totally rejectedgives rise to a difficult situation in the face of the conflicting claims of the two. This gives rise to a mixing of cultures, a blend which in other words may be called cultural allotropythat is, existence of the culture of a particular region in two or more forms, having different and mixed properties at the emotional or intellectual level at a given point of time. Going beyond the political subjugation in the era of globalization, it has now become a matter of economic and cultural subjugation. Undoubtedly, our cultural allotropy is a byproduct of modern economic compulsions also.

Through different Indian English novelists, I have tried to intrigue the issues via different portrayals and characters and finally posed a question, What is it to be an Indian?