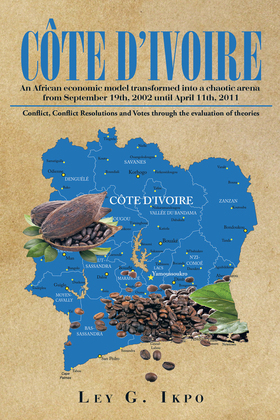 The end of the twentieth century, which was marked by multiparty democracy in Eastern European entities and Third World countries, moved Cte dIvoire to adhere to the new democratization system in 1990. Nine years later, the territory registered its first bloodless state coup. On September 19, 2002, the country was shared into two parts with human losses and damages when President Gbagbo was on official visit to Italy. After different attempts in negotiations (Linas-Marcoussis (2003), Pretoria agreement (2005), and the Political Agreement of Ouagadougou (2007)), for some protagonists, international organizations and NGOs, the perfect conflict resolution was about running elections so that the former peaceful land could regain its image of a prosperous and stable country. The elections that were delayed six times came to pass, and two presidents came out of the scrutiny. Gbagbo was proclaimed victorious by the Ivorian Constitutional Council, while Ouattara was acknowledged by the Independent Electoral Commission. Once more, the country fell into a postelection crisis. Meanwhile, the African Union, the European Union, the USA, the French Licorne, and the United Nations urged President Gbagbo to step down since Ouattara was considered the happy winner of the scrutiny. The refusal of Gbagbo cost human losses and led to his arrest on April 11, 2011. Nowadays, the country is not unified and reconciled, but it will have the 2015 elections.