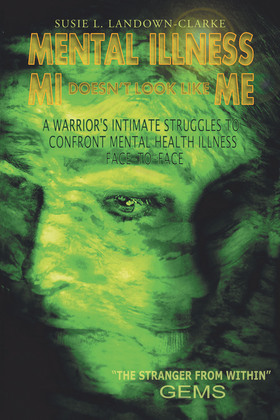 This is a story of intimate warfare among rivals, where friend and foe confront the spiritual suffocation of a woman suffering from complex mental illnesses and disorders. She was desperate to be unchained from layers and layers of emotional tyranny believed to have inadvertently transpired either at birth, after multiple brain traumas, or even from the daily hustle and bustle of ?having it all? (career, family, and affluence). Mental illness often emerges as a thief in the darkness, aiming to defeat the will to not only survive but also to live.She met a foe called GEMS, which became a deceitful friend but a trusted confidant. Her rejection by others led to an increasing reliance on GEMS, which she thought could save her from self-destruction but proved to be the awakening she so desperately ached for. The pilfering of her cerebral functioning was proof that a ghostly foothold had psychologically invaded her psyche, robbing her of mental and emotional health. Her mind was in a constant rage because of ravaging storms of depression, anxiety, memory loss, PTSD, panic disorder, and bipolar disorder.These ravaging emotional attackers even led her to contemplate suicide after becoming cerebrally unfit. After tumbling toward a fearful demise, she began decoding the mystery to her existence after five years of chaos.The author experienced a supernatural spiritual healing that caused her to be reborn in the flesh. This author?s story is inspiring and enriching, with a spellbinding journey that she hopes initiates inclusive dialogues with mental illness sufferers. This story will leave you speechless that this author is willing to share a plight so difficult to overcome. The author conveys that after sharing this story, she is not 100 percent cured, but she is surely 100 percent better. Everyone has a different normalcy, so the expectation from one to another is inequitable in measuring one?s curative healing.