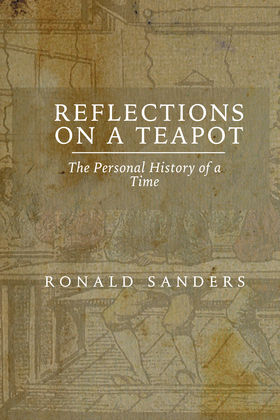 Reflections on a Teapot

"We are the generation...to whom nothing much ever happened, who seemed to get skipped over by the major collective experiences of the twentieth century." This from Ronald Sanders in his introduction to this memoir written in his forties when wondering what somebody only in his forties might have to say about his life that would interest people. And what Sanders came up with is that struggles with life's problems, even during times of uneventfulness, maybe even especially during times of uneventfulness, can still be epic. This is a great memoir of a young Ronald Sanders, born of a Liverpool musician father and a Brooklyn Jewish mother and his youth in New York.