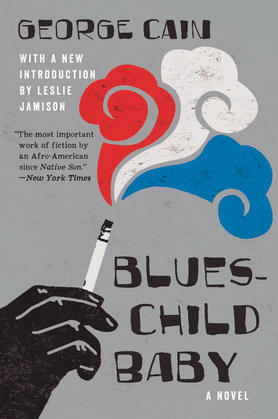 by George Cain (Author)
Excerpt
Nonfiction Biography & autobiography True story
warning_amber
One or more licenses for this book have been acquired by your organisation details
EPUB
26 loans, One at a time
Details

A searing chronicle of the life of a young ex-convict and heroin addict in 1960’s Harlem, an unsparing portrait of a man who couldn’t free himself from the horrors of addiction

Blueschild Baby takes place during the summer of 1967—the summer of race riots all across the nation; the Summer of Love in the Haight Ashbury; the summer of Marines dying near Con Thien, across the world in Vietnam—but the novel illuminates the contours of a more private hell: the angry desperation of a heroin addict who returns to his home in Harlem after being in prison.

First published in 1970, this frankly autobiographical novel was a revelation, a stunning depiction of a marginal figure, marked literally and figuratively by his drug addiction and navigating a predatory underground of junkies and hustlers—and named George Cain, like his author.

Now with a new preface by acclaimed writer Leslie Jamison, this is an unvarnished conjuring of the tyranny of dependence: its desperation, its degradation, its rage and rebellion; the fragile, unsettled, occasional shards of hope it permits; the strange joys of being alive and young and lost and hooked and full of feverish determination anyway.