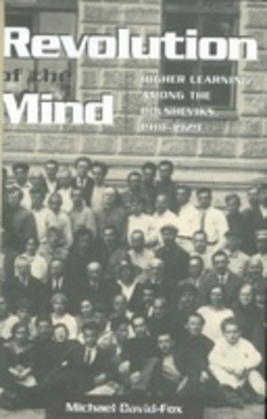 Revolution of the Mind: Higher Learning Among the Bolsheviks, 1918-1929

Using archival materials never previously accessible to Western scholars, Michael David-Fox analyzes Bolshevik Party educational and research initiatives in higher learning after 1917. His fresh consideration of the era of the New Economic Policy and cultural politics after the Revolution explains how new communist institutions rose to parallel and rival conventional higher learning from the Academy of Sciences to the universities. Beginning with the creation of the first party school by intellectuals on the island of Capri in 1909, David-Fox argues, the Bolshevik cultural project was tightly linked to party educational institutions. He provides the first account of the early history and politics of three major institutions founded after the Revolution: Sverdlov Communist University, where the quest to transform everyday life gripped the student movement; the Institute of Red Professors, where the Bolsheviks sought to train a new communist intellectual or red specialist; and the Communist Academy, headquarters for a planned, collectivist, proletarian science.