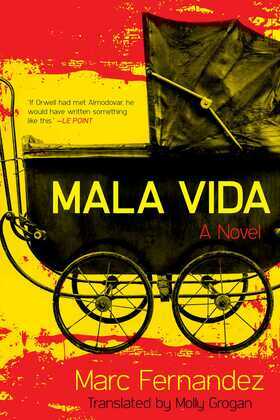 Almodóvar meets Orwell in this acclaimed, fast-paced contemporary noir novel exposing the most shameful secrets of the Franco era.

Present-day Spain, a time of economic crisis and resurgent populist nationalism. The radical right has just won the election after twelve years of Socialist rule. In the midst of this political upheaval, a series of murders is committed, taking place from Madrid to Barcelona to Valencia. The victims include a politician a real-estate lawyer, doctor, a banker, and a nun. There is no obvious connection between them.

As the country prepares for a return to a certain moral order, radio crime reporter Diego Martin is trying to keep his head above water in anticipation of the expected media purge. When he decides to look into the first murder, he doesn't have the faintest clue that his investigation will lead far beyond his local beat and put his life at risk. For what he uncovers exposes the roots of a national scandal: the theft of babies from the victims of the Franco regime, crimes—never prosecuted—that were orchestrated by now well-connected citizens who will do anything to avoid exposure.