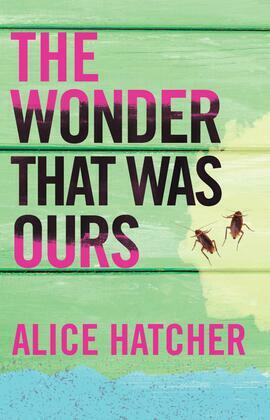 The Wonder That Was Ours

Wynston Cleave, a black taxi driver on a small Caribbean island, spent years in prison after being wrongfully convicted of the death of a wealthy white tourist. Finally released, he tries to piece his life together working as a bartender and reading literary classics to the unruly cockroaches infesting his taxi.

On the anniversary of his arrest, Wynston picks up two white Americans just kicked off a cruise ship. The next day, the ship reports a deadly viral outbreak. As the tourist economy collapses, the island succumbs to riots and a devastating spiral of violence, and Wynston?s fate becomes entwined with that of three strangers: his American passengers and a local named Tremor, the focus of a vicious police manhunt.

Narrated by the sharp-witted roaches infesting Wynston?s taxi, The Wonder That Was Ours explores deep racial and class divides through the most unlikely eyes imaginable, taking a unique perspective on prejudice, compassion, and the absurdity of the human experience. A poignant, worldly, and unforgettable novel in the spirit of Exit West and Your Heart Is a Muscle the Size of a Fist.